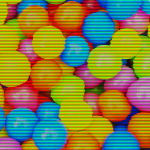 An eclectic mix of comedy songs and fun times

Laughter Hours with Talia and Powers is the funnest show on the radio.

Dare to be stupid with Frank Powers and Natalia Lopez in this eccentric, electric, eclectic mix of comedy songs and fun times with bands like Flight of the Conchords, Tenacious D, and Weird Al Yankovic. There's lots of metal, punk, mashups of classics, and no radio show in this life or the afterlife plays more Ghostbusters remixes than us. Nobody treats ya right on a Saturday night like Frank and Talia. #TootTootTucson
Read more

All things heavy, brutal and dark in the realm of metal

J-rock and the exhilirating soundtrack of anime